Every friend I tell about Nokia, they say “You know, you are wasting your time, Nokia is no more, World is taken over by Apple iPhones & Samsung Androids”.  If you think the same may be you should read this and then you know why it still makes sense to go for Nokia phones. 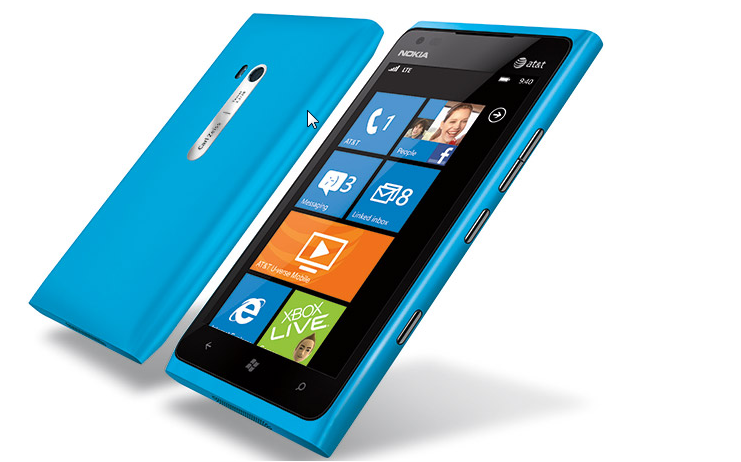 Microsoft has history of making Mobile phone operating systems which were bundled on successful Mobile Models of Palm, HTC & HP in the past. Microsoft has invented all new design from scratch where they have kept user data at the center and build Metro interface to consume your data. Metro interface is supposed to be offering the best ever experience offered by Microsoft.

Some of my friends also argue that “Microsoft doesn’t have many apps like Apple and Android”. Microsoft has about 1,00,000 apps which do perfect job what you are looking for. If you closely watch the Apple and Android markets you may find 50 apps with similar functionality resulting in crowded place.

With so many options of feature rich sturdy smart phones, Nokia would like to convey message to people to also adopt them in smart phone area. Thats where Nokia + Indiblogger team is coming together and creating the awareness about Nokia Phones and Fancy looking Accessories. 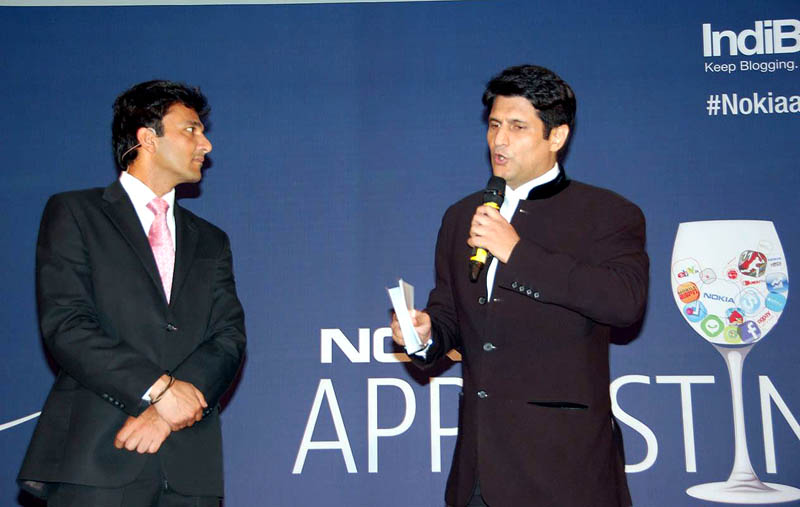 Nokia Apptasting event was held at Taj Lands End on 19-Aug-2012 with Army of Indibloggers. This was also to mark the 5th birth anniversary of IndiBlogger.  Two of the hosts were very successful in keeping the fun and spirits high for audience.

Rajiv Makhni – Indian Tech Guru who hosts Gadget Guru, Cell Guru and NewsNet 3.0 on NDTV. Rajiv is not just Techi, but also knows how to present and convey technology with some witty remarks.

Vikas Khanna is Award winning Indian chef who was host of Master Chef reality show Season-2. Believe me all he need to do on stage is to speak his sweet punjabi & smile to win hearts.  He brings that traditional emotions to cooking and demonstrate  innovative style.  He is author of some great cookbooks. 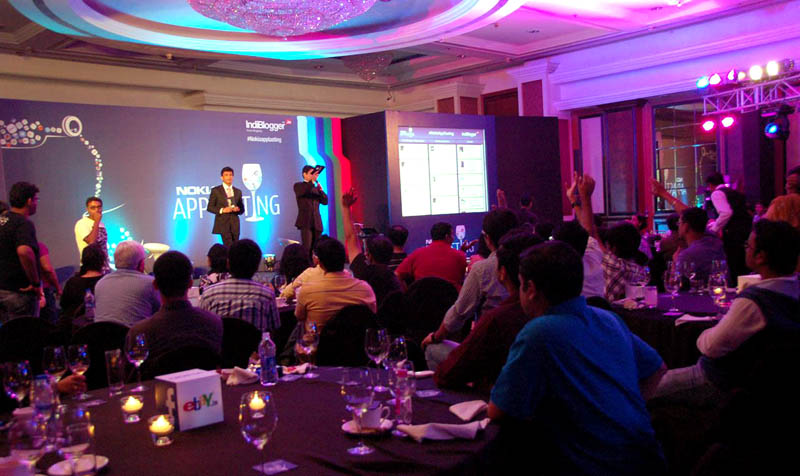 In following video Vikas Khanna is sharing his wish for dream App & Rajiv went to audience to suggest any better Mobile app to beat that. Vikas Khanna shares about conversation with his grandmother, where she interprets Obama as Payjama. Entire incidence is very hilarious and worth watching in the voice & style of Vikas Khanna.

Entire evening was most happening where many quiz and games were played. Cooking and Technology couldn’t be explained in any better or funny way. There were T-Shirts, Mobile & Accesories in prizes, Cake, Wine, Delicious dinner & Photo shoot with two hotests hosts at Taj Lands End. Thanks to IndiBlogger team for giving such a memorable evening to us. We wish them all the best and look forward to many more such anniversary celebrations. 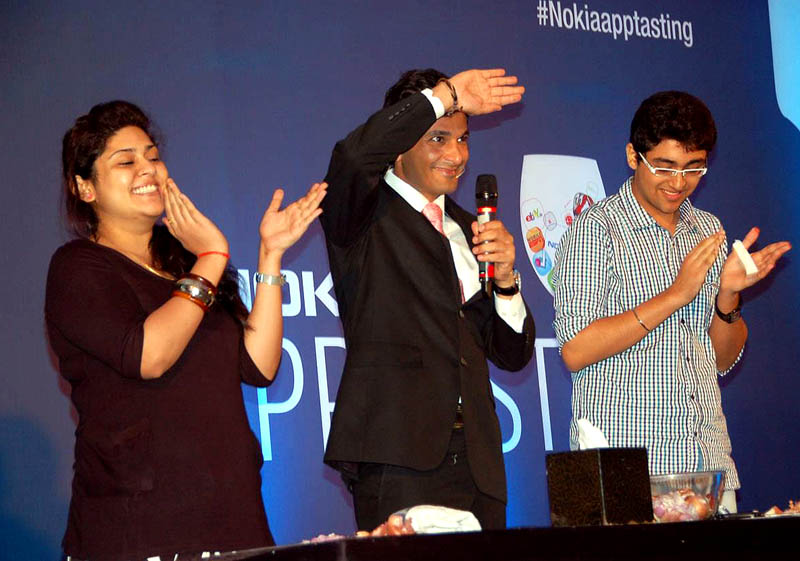 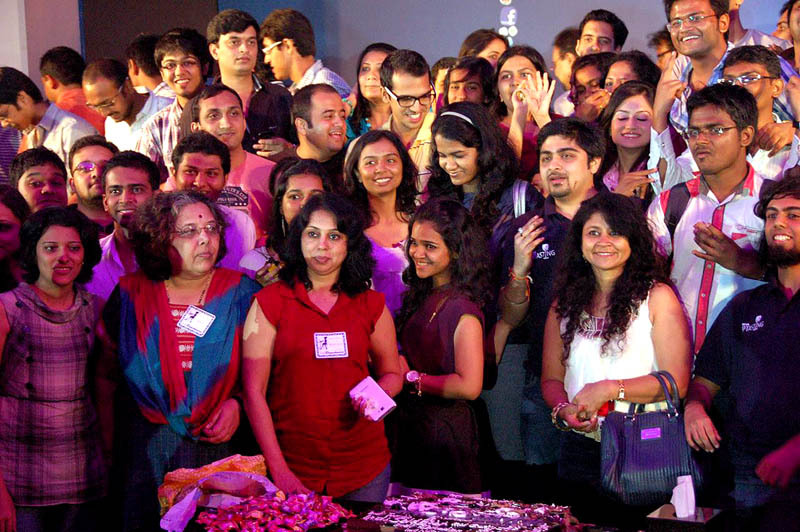