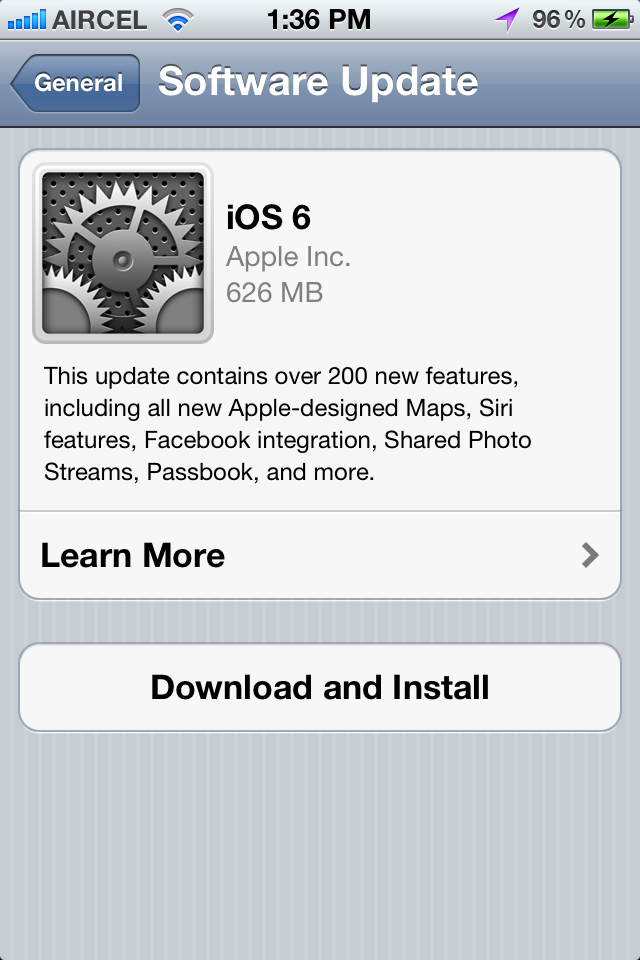 Apple iOS 6 update is only 626 MB for Apple iPhone 4s when downloaded through phone itself.

iOS 6 update for Apple iPhone 4s is 912.8 MB when downloaded through Apple iTunes.

If you maintain the iCloud backup for the phone, it is highly recommended to download Apple iOS 6 through device only rather than Apple iTunes. That will be faster and reliable. I’ve seen many time download failures on iTunes for iOS 6 at about 70%. Somehow it is not resuming the download. That is the feature which is available with App Store and works very nice.

iOS 6 is compatible with