Originally iTunes was just like another music player when this was launched in 2001. In 2003 iTunes sofware and iPod created new eco-system where Music can be distributed by Artists in exchange of money. This was the time when Music industry was in mess of copyrights and piracy because of Napster. Apple came forward and sorted out many of these piracy issues. iTunes later became way to also sell Movies, TV shows. Few years back Apple also started selling Mobile apps using iTunes store software.

Apple iTunes brings similar kind of hope to India, where there is not much business being made out of Music. Gone are the days when T-Series funds the movie budget from sales of superhit music cassettes. Apple iTunes for India also brings the capability to sell the High Definition movies to Indian audience. 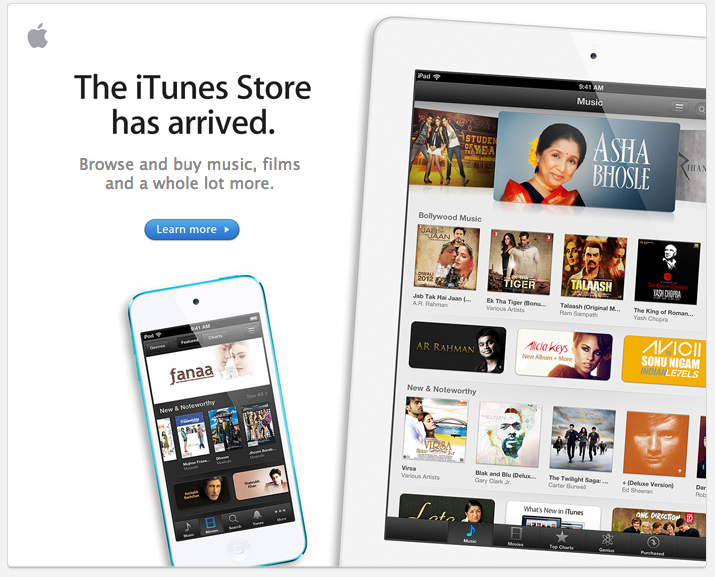 Advantage here is that once you buy any Song or Album it gets associated with your Apple id. Later you can play that from any of the devices you wish. Apple devices like iPod Touch, iPhone, iPad or Apple TV automatically syncs and adds music to your personal library. All the music sold by Apple is DRM free which means you can easily move these songs across non Apple devices like Android Phone or tablet without any hassle.

iTunes Match is available for Rs. 1200 per annum site here. with iTunes match Apple updates your local music with 256 Kbps quality audio without buying these tracks. Apple believes you have extracted this music from your audio CD collection or Audio Cassettes. 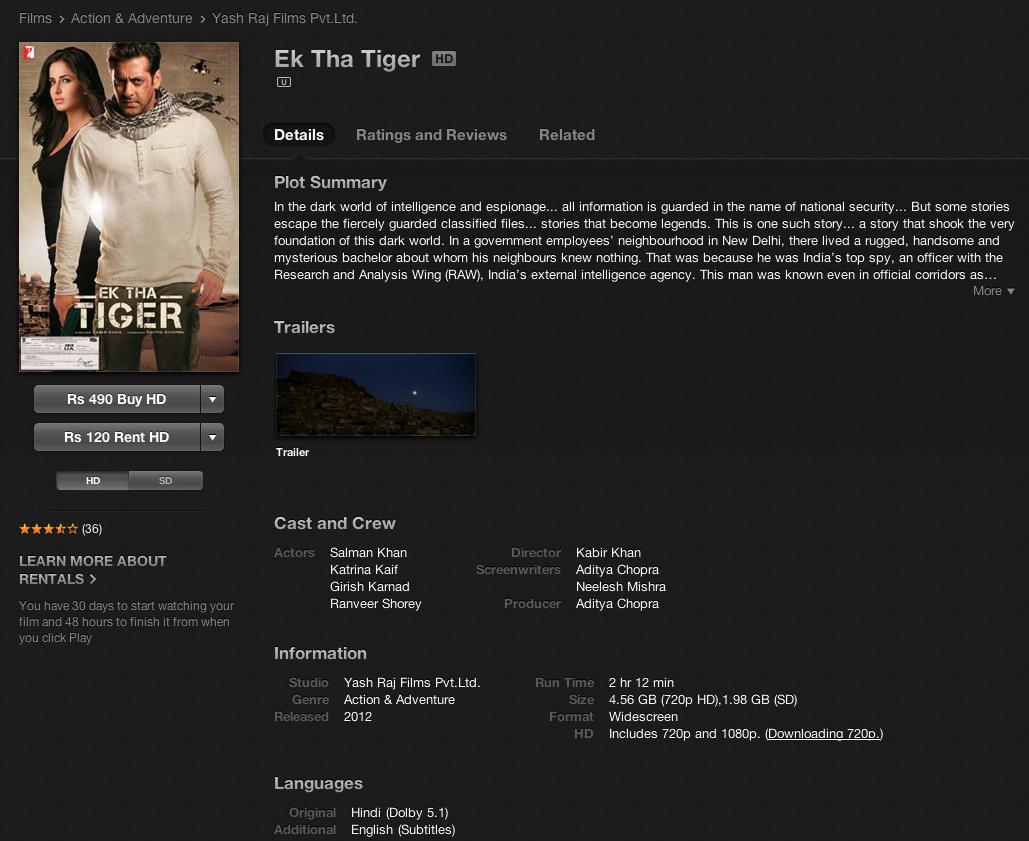