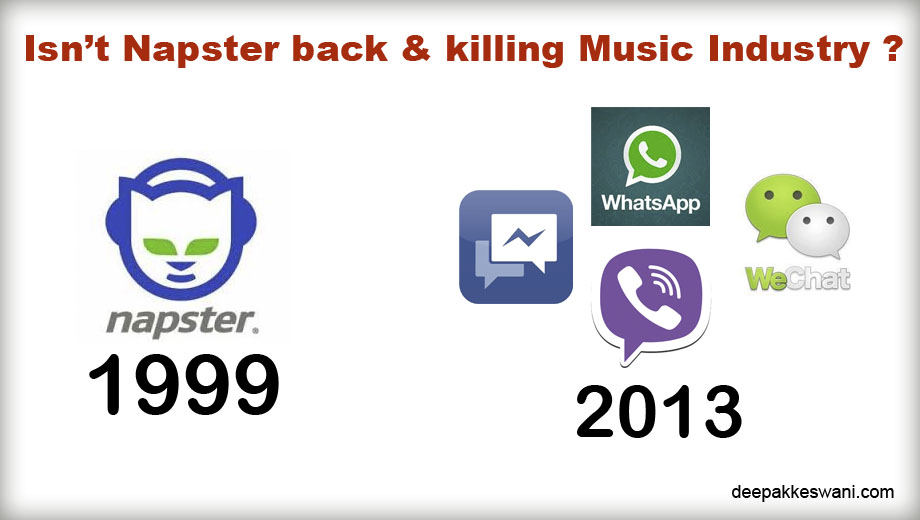 Do you think WhatsApp and FaceBook Messaging are new generation Napster ? After a decade long fight isn’t Napster re-born ?
I visited a dear friend who runs a small Music CD shop and he was sharing his pain about sales going down day by day. Long back he started with Music Cassettes Business and adopted the CDs and DVDs market. There was no answer to Music Industry for SD cards and USB pen drive distribution. Now Music swaps between devices through various messaging tool, which recently started allowing attachment of anything with message. Isn’t that Napster did a decade back ? Aren’t they killing Music Industry again ?

I think it is accepted that gone are the days when you could make movie out of Music releases as done by Gulshan Kumar. Now a days all the money needs to be earned out of first 2 weeks of movie release. But the problem is for the small independent music artists who do not have any such model of earning. While big players have given up the earnings from Music distribution, Small time artists suffer the most. This is because small time Music artists still rely on CDs as mode of distribution through Music Stores